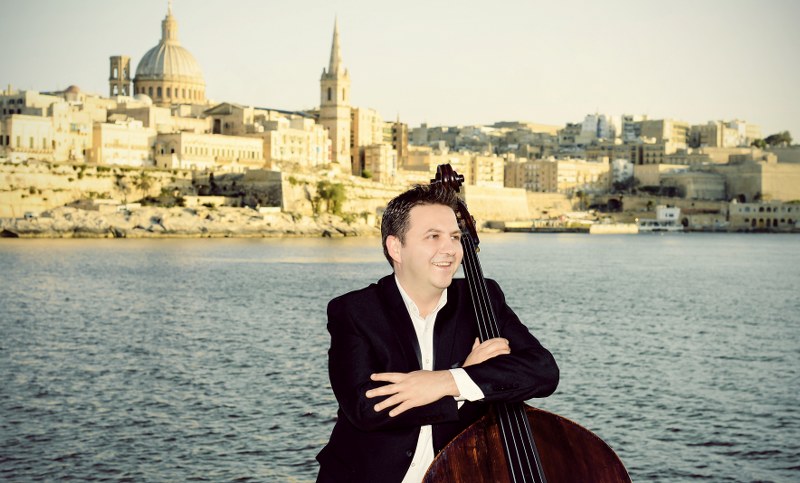 Born in Skopje, Macedonia, Gjorgji since 2010 is the Principal Double bass player with Malta Philharmonic Orchestra.

Since finishing his studies with full honors, at the prestigious Royal Northern College of Music, Manchester, UK in the class of Prof. Jiři Hudec, later becoming his assistant and the first Junior Fellow in Double bass at the RNCM, he has performed with some of the most prestigious and world leading orchestras as well as collaborating with some of the leading musicians of today.

Gjorgji has taken part in many prestigious festivals around the world and apart from being an active solo performer and working at the Malta Philharmonic, he has continued with his educational work and has held numerous master classes, workshops and solo concerts in UK, China, Germany, France, Thailand, Latvia, Cuba, Italy, Sicily, Poland and Malta.

Since 2014 Gjorgji has become Artist to be endorser by Pirastro strings.

Described by the critics as “painter with wide range of musical colors” Gjorgji Cincievski’s performances as soloist have met him with international critical acclaim as he has a passion for recreating highly skillful and challenging arrangements of which he adds an interesting new dimension.

In his constant strive into enriching the double bass repertoire, he has done many successful transcriptions for the double bass, some of which have been awarded.

Apart from this current transcription his other works published by Hofmesiter editions and distributed and sold worldwide include: