1. A video recording, which includes:

• a continuous, unedited, performance of the compulsory and free choice pieces

• announcements to the camera before the performance begins to include: – musician’s name, country, age and the title of the piece being recorded.

• already uploaded and existing YouTube videos will not be accepted.

Participants are required to submit a video recording of their performance. The video recorded on the YouTube or Vimeo link must not be older than 8 months preceding the date of your entry.

The video recording (audio only is not acceptable) must be solely performed by applicant. We allow only one video per participant and the recording cannot be edited. No effects should be added to any portion of video entry. The musician may have an accompaniment to their entry if desired.

Only those who are selected in the qualifying round (initial screening) are entitled to advance to the final round (the same entry video is used for both rounds).

Tuning before the exam does not need to be recorded, as the examiner only assesses the performance itself. However, any subsequent re-tuning or break during the performance should be included as part of the continuous recording. There should be not too long breaks between movements or pieces – the recording should reflect as mush as possible a live performance.

The recording must not be edited in any way.

Most modern smartphones, tablets and laptops will be suitable for the video recording.

Both landscape and portrait view are acceptable.

The camera should be static with a shot of the candidate, instrument, and music stand (if used) clearly in view, to enable an overall sense of performance. The candidate’s face (either facing the camera or in profile) should be visible throughout the performance.

Where an accompanist is part of the performance, they should be in view. However, the candidate should be prioritized as the main focus at all times if viewing both is not possible. It is important to be able to hear the candidate and any accompaniment in appropriate balance.

Apart from the candidate and the accompanist (where used) other people should not be present in the video. All recordings should be sent via WeTransfer or Vimeo to maltabass@gmail.com

The candidate can choose where the recording will take place. This can be the candidate’s home, candidate’s school, their teacher’s studio, or any other location with appropriate space.

By entering the competition, participants waive their artists ́ rights, in favour of the organiser, to all audio and visual recordings and their subsequent publication (CD, DVD, internet live-stream or other media). Participants will not receive any compensation on account of their performances or any resulting recordings or broadcasts. The organiser reserves the right to allow radio and television stations to transmit live, record and broadcast parts of the competition. 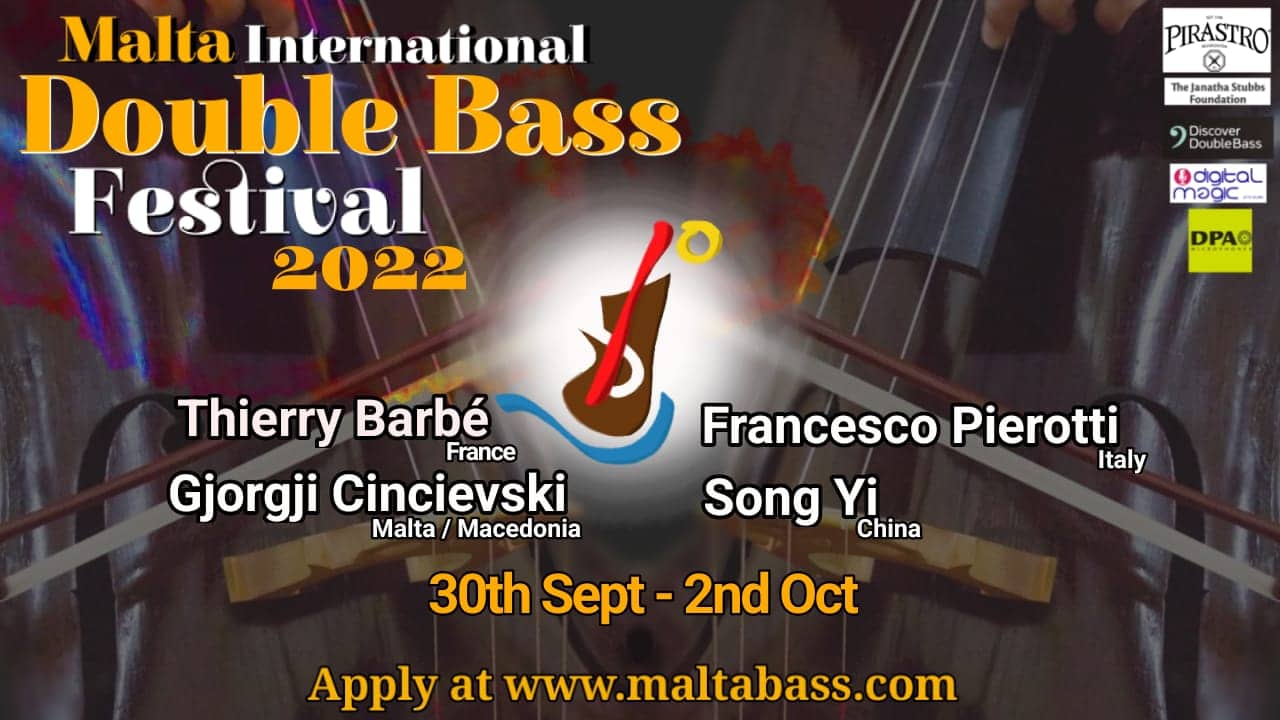