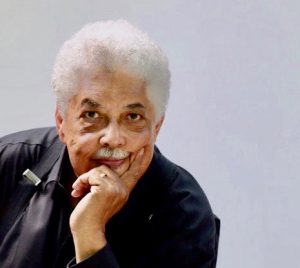 For the last 50 years, Rufus Reid has been a consistent, formidable, and influential presence in the jazz world
as a bassist and educator. His performances and recordings with Eddie Harris, Nancy Wilson, Dexter Gordon,
Andrew Hill, The Thad Jones-Mel Lewis Orchestra and Quartet, Kenny Barron, Stan Getz, J. J. Johnson, Lee
Konitz, Jack DeJohnette, to name but a few, has cemented his stature as one of the great living deans of the
jazz bass. His receipt of the 2006 Raymond Sackler Commission resulted in his five-movement suite for large
jazz ensemble, Quiet Pride-The Elizabeth Catlett Project. In November 2015, this album received two Grammy
nominations, for Best Large Jazz Ensemble and Best Instrumental Composition. Rufus Reid is a 2008
Guggenheim Fellow in the field of composition, which resulted in the three-movement symphonic work, Mass
Transit. In April 2016 he was named Harvard University’s Jazz Master in Residence, participating in public
conversations and also performing in concert with his original compositions. In April 2017, Lake Tyrrell In
Innisfree, Rufus’ third symphonic work was debuted in Raleigh, NC by the Raleigh Civic Symphony. May 2017,
Rufus Reid was awarded the America Composers Forum Commission to composed, Remembrance, for
Pittsburgh New Music Ensemble to be premiered in July 6-7, 2018. In December 2017, Newvelle Records, an
all vinyl recording company, will release the Rufus Reid Trio, “Terrestrial Dance,” featuring the Sirius Quartet.
February 2020, Newvelle Records release his second vinyl duo recording, “Always In The Moment,” with stellar
pianist, Sullivan Fortner. A distinguished educator as well, for 20 years Rufus was Director of the Jazz Studies
Program at William Paterson University and was instrumental in building the program’s international
reputation as one of the leading jazz schools in the world. He has recorded more than 400 albums and a dozen
albums as a leader and authored a seminal text and DVD for bass methodology, The Evolving Bassist. Rufus
continues to evolve as a composer and “The Evolving Bassist.”

Due to the special and unprecedented circumstances, of the Covid-19 pandemic, we would like to inform you that this year edition of the Malta International Double bass days in Valletta will be held ONLINE.

ALL masterclases/lessons would be FREE OF CHARGE, once the application is filled.

ALL events will be aired and can be followed at our YouTube page, as well as on of Facebook page.