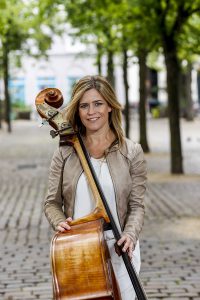 Korb earned her Music Education degree at Eastern Montana College and her masters in Classical Bass Performance the University of California, San Diego. It was while she was a student at UCSD that her professor, Bertram Turetzky inspired her to sing and play bass at the same time. She also studied with Ray Brown, with whom she made her recording debut, Introducing Kristin Korb with the Ray Brown Trio released in 1996.

She has taught at the University of Southern California where she was coordinator of vocal jazz studies, Azuza Pacific University, Grossmont Community College and was Director of Jazz Studies at Central Washington University. Korb is still very involved in educational outreach and teaches at universities, jazz camps and festivals with young students.

As President of the International Society of Bassists, Korb was artistic director for the 2013 ISB Convention in Rochester, NY (Eastman School of Music).